Learning Spanish Online
At SpanishWithSkype.com have been studying Spanish for many years to make easier! 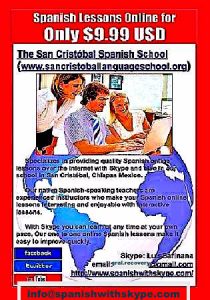 * Learning Spanish Online (www.SpanishWithSkype.com) is necessary to keep pace with popular culture, because all our teachers are native speakers! 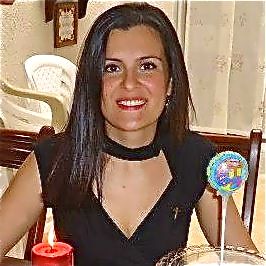 Learning Spanish is actually a medical device!
Research indicates that knowing and using two languages reduces your chances of developing dementia, including Alzheimer’s Disease. The scientists who studied this were motivated by earlier studies which showed that bilingualism enhances mental abilities in both children and older adults. Other studies show that studying languages can improve your memory and slow age-related decline in mental acuity. And studying another language makes you smarter! Your critical thinking skills will be improved as you learn to view things through a different lens. Learning a second language stimulates creativity!

For many, learning Spanish is rapidly becoming a business necessity.
Spanish is becoming more and more important with regards to business. Learning Spanish will enable you to better communicate with Spanish speaking employees or co-workers. Wouldn’t it be nice to be able to offer your product or service to the 350 million people whose mother tongue is Spanish? In North America, Hispanic consumers are the fastest-growing market segment. As for job opportunities, it certainly wouldn’t hurt to have Spanish on your résumé. In the United States, knowing Spanish can be particularly helpful if you work in healthcare or education. Increasingly, the building trades are employing more and more Spanish speaking workers. One thing is certain. If you are bilingual, you will be more marketable and have more career choices than your monolingual counterpart. Globalization, with it’s accompanying free trade agreements is shrinking the business world, and those who know more than one language will definitely have the edge. 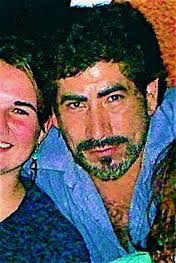 Spanish, Spanish everywhere.
With well over 35 million Spanish speakers in the United States, and with over 40% of the population growth being among the Hispanic people, the stage is set for an enormous increase in Spanish usage in the United States. This has sparked a lot of interest among US citizens, a group not particularly known for their multilingualism. This interest will only increase as the Hispanic population of the US approaches 50 million by the year 2015. But it’s not only in the US where Spanish is popular. In Europe, Spanish is the second most popular second language, after English. With some 400 million speakers, Spanish is the fourth most commonly spoken language in the world. Only Mandarin, English and Hindi have more speakers. If you count only native speakers, Spanish outranks English. Spanish is an official language on four continents and is the mother tongue in 21 countries. The sheer number of Spanish speakers and their rate of growth makes learning Spanish a smart choice.

Learning Spanish truly expand your universe.
According to Austrian philosopher Ludwig Wittgenstein, “the limits of my language are the limits of my universe.” There is no doubt that learning Spanish expand your own personal universe. As the Hispanic population continues to grow at a disproportionate rate, it becomes more and more likely that you might marry into a Spanish speaking family, have Spanish speaking neighbors or encounter Spanish speaking people in your daily rounds. No longer are the Spanish speakers in the US confined to the border states and big cities. Today, nearly all areas have some sort of Hispanic population. Wouldn’t it be nice to say hello and chat with your fellow paisanos (countrymen)?

Learning Spanish completely transform your travel experience.
While it is certainly possible to travel to a Spanish speaking country without knowing any Spanish, your trip will in no way compare with the incredible adventure that awaits the traveler who speaks Spanish. If you only speak English, you will be forced to confine yourself to popular tourist resorts where nearly everyone speaks some English. But if you want to explore the area and get to know the local people, you need to know Spanish. Even simple things, such as reading signs and menus, asking directions or telling a cab driver where you want to go requires some knowledge of the language. Hispanic people are amazingly generous, and if you speak Spanish you will find yourself being welcomed in a way that would never happen if you spoke only English. Simply put, when you travel to a Spanish speaking country, knowing the language will allow you to move from the role of observer to that of an active participant.

Knowing how to speak Spanish will enable you to help others.
If you are the type of person who likes to help others, learning to speak Spanish will put you in a postion where you can help both Spanish speakers who don’t speak English and English speakers who don’t speak Spanish. Now that’s what we like to call a “win-win” situation. Unfortunately, the standard of living in many Spanish speaking countries is rather low by normal Western standards. Sometimes, it is appalingly low. Without stereotyping Latin America as a poverty stricken region (in many cases that simply is not true) there are nonetheless a lot of people in serious need. Learning Spanish will prepare you for taking the next step, — actually going there and making a difference! 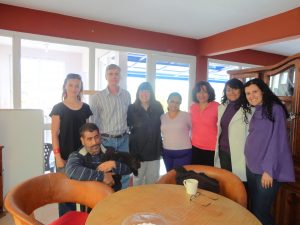 There are reasons to learn language for language’s sake.
While Johann Wolfgang von Goethe may have been exaggerating when he said, “he who knows no foreign language, knows nothing of his own,” it cannot be denied that by studying Spanish you will without doubt gain a better understanding of English. Spanish is what we call a “Romance” language, meaning that it is based on Latin, the language of the ancient Roman Empire. Many English words are also of Latin origin, and so when you learn vocabulary in Spanish you will simultaneously be expanding your English vocabulary. You will also find that your understanding of the deep meaning of these Latin based English words is greatly enhanced. Also, as you study the grammar of Spanish, you will notice how it is similar to English, as well as how it is different. This will raise your awareness of the grammar of your native language. Because Spanish is very nearly phonetically perfect, you can look at almost any word and immediately know exactly how to pronounce it. This characteristic makes Spanish one of the easiest languages to learn. And, when it comes to learning a third language, such as French or Italian, already knowing Spanish will be a huge advantage because these languages, too, are Romance Languages.

Learning Spanish will allow you to better appreciate Hispanic cultural contributions.
For many people, developing a deeper understanding of Hispanic culture is becoming more and more important. There is no more certain way to gain this insight than to learn to speak Spanish. Reading Latin American or Spanish newspapers and magazines will open a window into the Hispanic mind. Knowing the language will prepare you to better appreciate some of the great Hispanic modern and classic cultural contributions. From Miguel Cervantes to Gabriel Garcia Marquez, Hispanic literary contributions are monumental. From the royal portraits of Goya to the surreal depictions of Picasso, Spanish influence on the fine arts has been substantial. And let’s not ignore gastronomy! Learning Spanish can be the perfect excuse for enjoying the cuisine of Spanish speaking peoples. Burritos, tamales, paella, papusas, arroz con frijoles, ceviche, — the list goes on and on, and is a delicious indicator of the vast diversity of Hispanic culture. Is it any wonder then that more and more people want to partake of these cultural delights?

Learning Spanish is fun!
Learning Spanish opens up lots of opportunities to have more fun. Who doesn’t enjoy reading a good book or watching a good movie? Music? You bet! Food? The best! The satisfaction of accomplishment? It’s there waiting for you to grab it! For all of the reasons mentioned above, and a whole lot that haven’t been mentioned, learning Spanish can be one of the most enjoyable things you will ever do. Whether your motivations are practical, intellectual or sentimental, learning Spanish is something that will benefit you for the rest of your life!